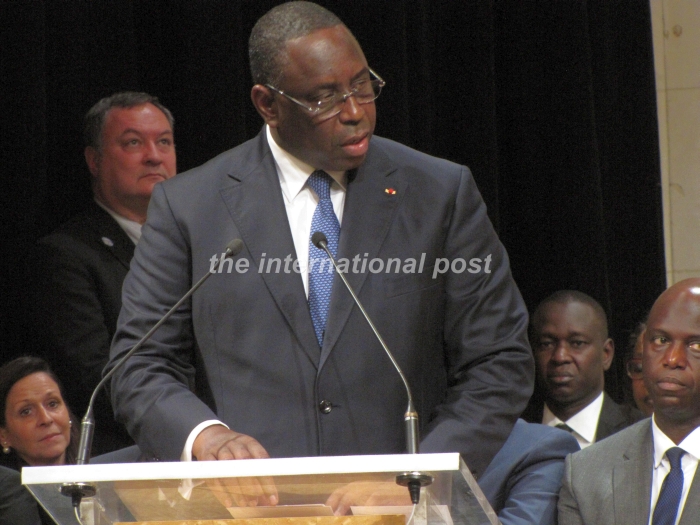 On the second day of an official visit in France, Senegal President Macky Sall made a quick stop at Paris City Hall to have a private discussion with Paris Mayor Anne Hidalgo and decorate her with the Ordre National du Lion medal.

As environmental issues were in the agenda, COP 21 President Ségolène Royal was the third main official in attendance.  National anthems were played.

In both Hidalgo and then Sall public speeches, ties and friendship between France and Senegal were reminded and praised.  Ms. Hidalgo even mentionned the presence at this very ceremony of many Senegalese descent City Hall employees, proud to be in-between.

Of course, Léopold Sédar Senghor, writer, luminary and major cultural link between both countries, was quoted.