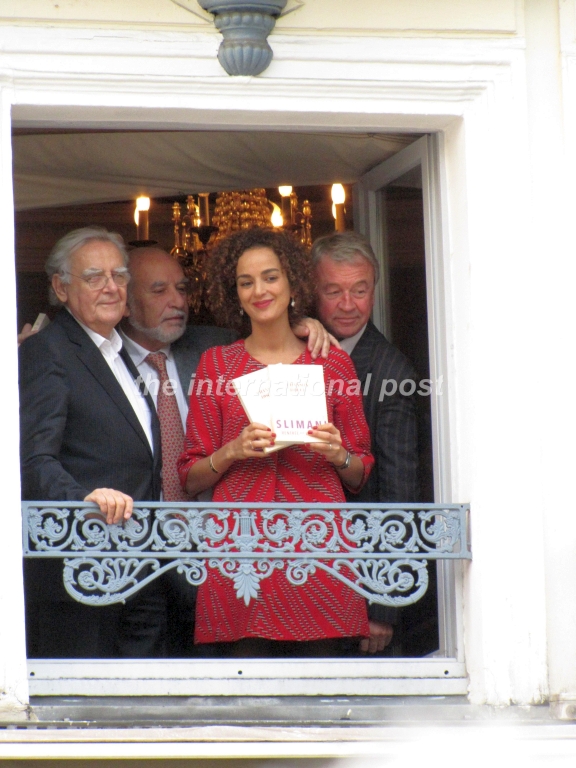 On November 3 at noon was revealed the annual Goncourt and Renaudot Prizes.

Both Prizes jury members were in attendance and nominated writers showed up near the famous Drouant restaurant where jurors gather every month.

Near but not quite there exactly: close enough to be able to join the party after finding a way trough almost a hundred journalists, but far enough to avoid being spotted by the medias in case you don’t win, and don’t get to add a red ribbon to your book mentionning “Goncourt 2016” or “Renaudot 2016”.

As many noticed, the two prizes this year were female writers (“writresses”?) and from ethnic minorities.  In other words, the French language this past year has been used with better talent by two women whose close ancestry (one or two generation from them) did or does not even speak French* than two men whose families have been speaking French forever !  This is a major switch in the world of French litterature and society.

After many interviews, Ms. Slimani sat down with Goncourt Academy jury to enjoy a well-deserved late lunch catered by Drouant on site, preceded by Ms. Reza who showed up earlier and left within ten minutes, answered some journalists questions on her way to another restaurant on the other side of the street and was mostly perceived as elusive. 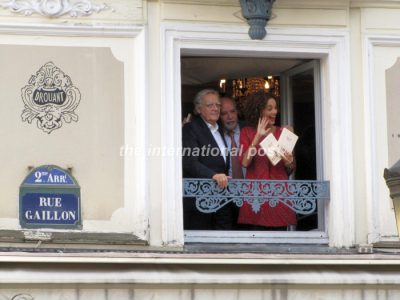 *Leïla Slimani being of Algerian and French descent, and Yasmina Reza of Persian and Hungarian-Jewish descent.